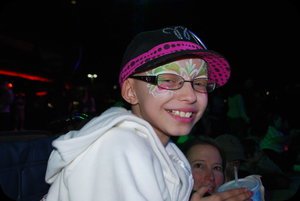 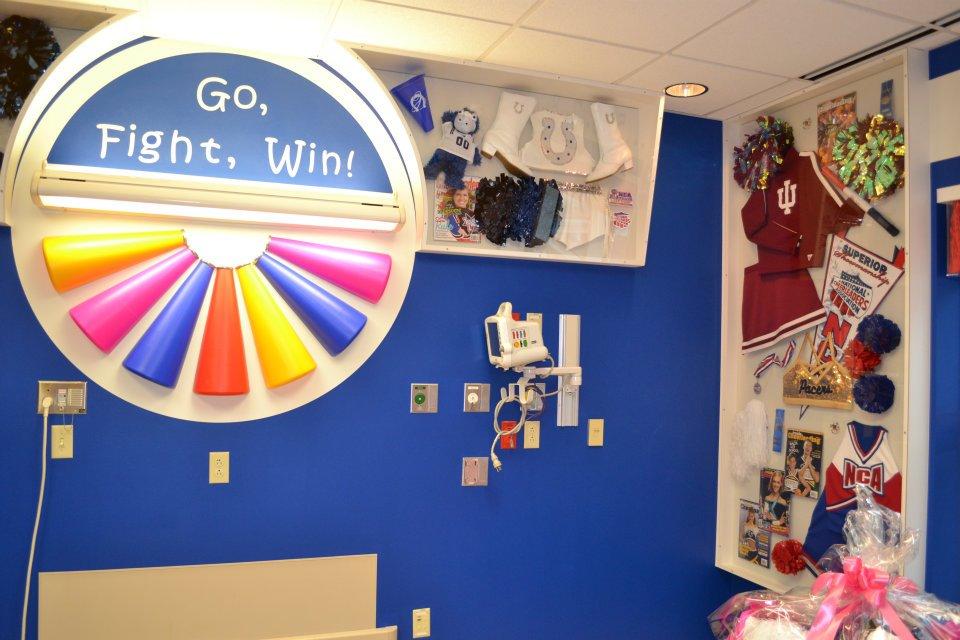 Emily was born in New Jersey on February 10, 2002.   From the day she was it seemed as if she always had a smile on her face, well, except when dealing with her two brothers of course.     If nothing else, there was no doubt that Emily was a girl through and through.    She loved buying clothes and shoes, her favorite color was pink, and when she was older, enjoyed texting with her friends.

At the age of 4, she asked if she could do cheerleading.  So we took her to a local gym where she tried out for the Central Jersey Allstars.  After a few minutes of warm-ups, and then some instruction by a cheerleader, she passed her tryout and Emily’s cheerleading fascination began.  Her coach, Miss Patty Ann, was tough on the but taught Emily some valuable lessons about what it meant to be a cheerleader, and truly inspired her to continue on with the sport of Cheerleading.

Emily was with CJA for almost a year but was forced to leave as her family moved to Indiana.  After arriving in her new home and getting settled into her new routine, she wanted to get back into cheering.  Having found a local gym, Emily tried out and made it onto the Interactive Academy Allstars at Interactive Academy.   Her new coach, Miss Barb, took Emily under her wing and continued the process of teaching Emily not only the physical tricks and moves that are but also the emotional traits that she would use later on during her sickness.

The next few years saw Emily grow as a cheerleader, she was front and center during her team’s dance routines, having been deemed the “best jumper” on her team by her teammates, learning how to do back handsprings, and as a back spotter, doing everything possible to ensure her flyer never touched the floor.  Even when she occasionally was hit in the face while performing a catch, she maintained her smile, continued the routine, and waited until she was off the floor before shedding a tear.

In the middle of January 2011, Emily began to complain about pain in her right leg.  Given the various bumps and bruises, and occasional pulled muscle from cheer, this didn’t raise any immediate flags.  However, when it didn’t heal the concern began to rise. With a competition just one week away, in the middle of a practice, Emily said she wasn’t able to continue because it hurt too much.  At this point, we knew something was wrong, as this tough as nails little girl never complained, and certainly never refused to practice.

On Monday, January 24, 2011, Emily was taken to see a doctor, who after an initial exam, thought that she most likely had a torn muscle.  However, just to be sure, the doctor decided to take an X-Ray.  No one had any idea at that point, that a single X-Ray would turn our world completely upside down.  It wasn’t a tear in a muscle, the X-ray showed quite clearly that Emily had a tumor on her right femur.   Within just two days, we would learn that she had Osteosarcoma, a form of bone cancer that is rare, but extremely aggressive and very difficult to treat.

She began chemotherapy within a week and would continue to do so for the next 16 months.  During that time she had the tumor, and 7″ of her femur removed and a bone graft put in.  Due to the surgery, she lost the ability to use her leg and would never walk again.  However, even confined to a wheelchair, her spirit never wavered and with the help of her team, even performed a cheer routine in her chair at a Relay For Life fundraiser.   At the same time, while in the fight for her own life, when asked about the Relay, she said she was walking for her grandmother who passed away from cancer.  Emily always thought of others before herself.

When first arriving at the hospital, Peyton Mannings Children’s Hospital, she noticed that though there were some themed rooms such as Peyton Manning rooms, dinosaur rooms, race car rooms, there were no rooms that were geared towards little girls.  This, of course, didn’t seem fair to Emily, and she continued to push to have a girl room created.  However, to have a room made over, was a costly endeavor.  Then, one year later, in January of 2012, Emily met a family, the Markland’s, who invited her to their house to watch the SuperBowl.  After this meeting, Joel Markland donated the money he won in a contest, to have a cheerleading room created at the hospital.  The room, dedicated and named as Emily’s Cheerleading Room, was presented just a week before Emily passed away on May 11, 2012.

During her stay in the hospital, she also realized how boring it could be.  Though having received many gifts, including an iPad, she really wanted to have something with a keyboard.  After receiving a netbook for her birthday, she decided that other kids would like to have one too, and asked that if when she was better, she could get other kids one so they wouldn’t be bored and could play and email their families.  The idea was then Cheers From Emily.  Never thinking of herself, always wanting to see others happy, Emily lived and personified a true cheerleader.